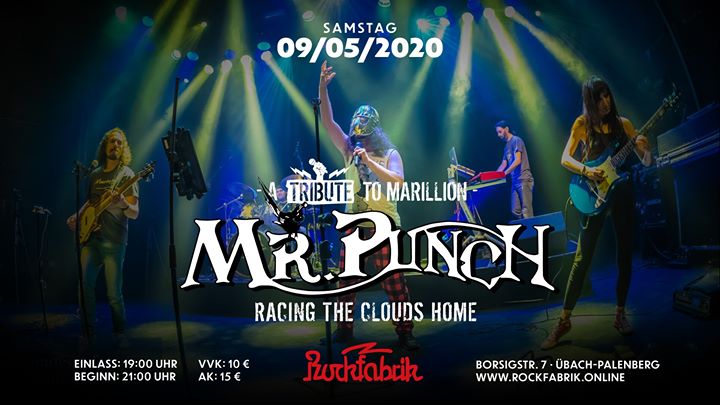 Mr. Punch – a Tribute to Marillion

Mr Punch was born in Spring 2014, with the purpose of celebrating The Thirtieth from the releasing of Marillion’s album “Fugazi”, from an idea of Guglielmo Mariotti (Red Rex – King Crimson Tribute, Taproban, The Watch) bass guitar player. At once, the other members are found: Roberto Leoni (RedZen, The Watch, ACB) on drums, Marcella Arganese (Ubi Major, Shylock, Archangel) on guitars and Marco Vincini (The Cage) with warm voice playing the role of Fish. With the entrance of Daniele Fuligni on keyboards the definitive line-up is completed. Mr Punch, as a Marillion Tribute Band, performs the 1984 “Fugazi Tour” as their scenes debut. Afterwards the band performs the original set list of “Misplaced Childhood Tour” and “Clutching At Straws Tour”.